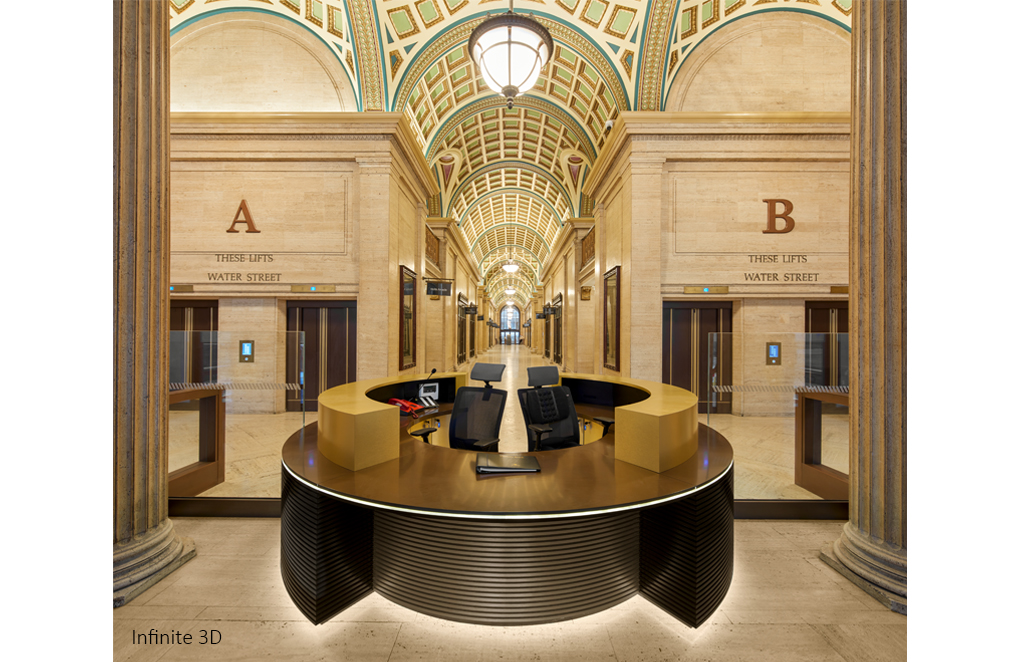 The jury citation for the award:

The successful adaptation of India Buildings sets a very high standard for workplace design in a listed city centre commercial building, built almost 100 years ago. The client’s brief required their workplace to be designed ‘to class-leading inclusive and accessible design standards, to ensure that it can be easily used by a wide and diverse range of people’

The building provides environments that are based on need rather than status, allowing staff to work in the way they feel is best for them, whether at a traditional desk, a quiet works area, an enclosed private room, or an open collaboration area.  It cleverly solves issues for neurodivergent people through the provision of natural lighting, restorative, and neutral spaces for people to take time out from stressful or upsetting situations and sensory muted spaces where visual and tactile distractions are minimised.

The architects have skilfully balanced the, sometimes, conflicting requirements of universal design, conservation, security and health and wellbeing with well-designed interventions informed by the need to achieve ‘equality of experience’ for all building users.’ 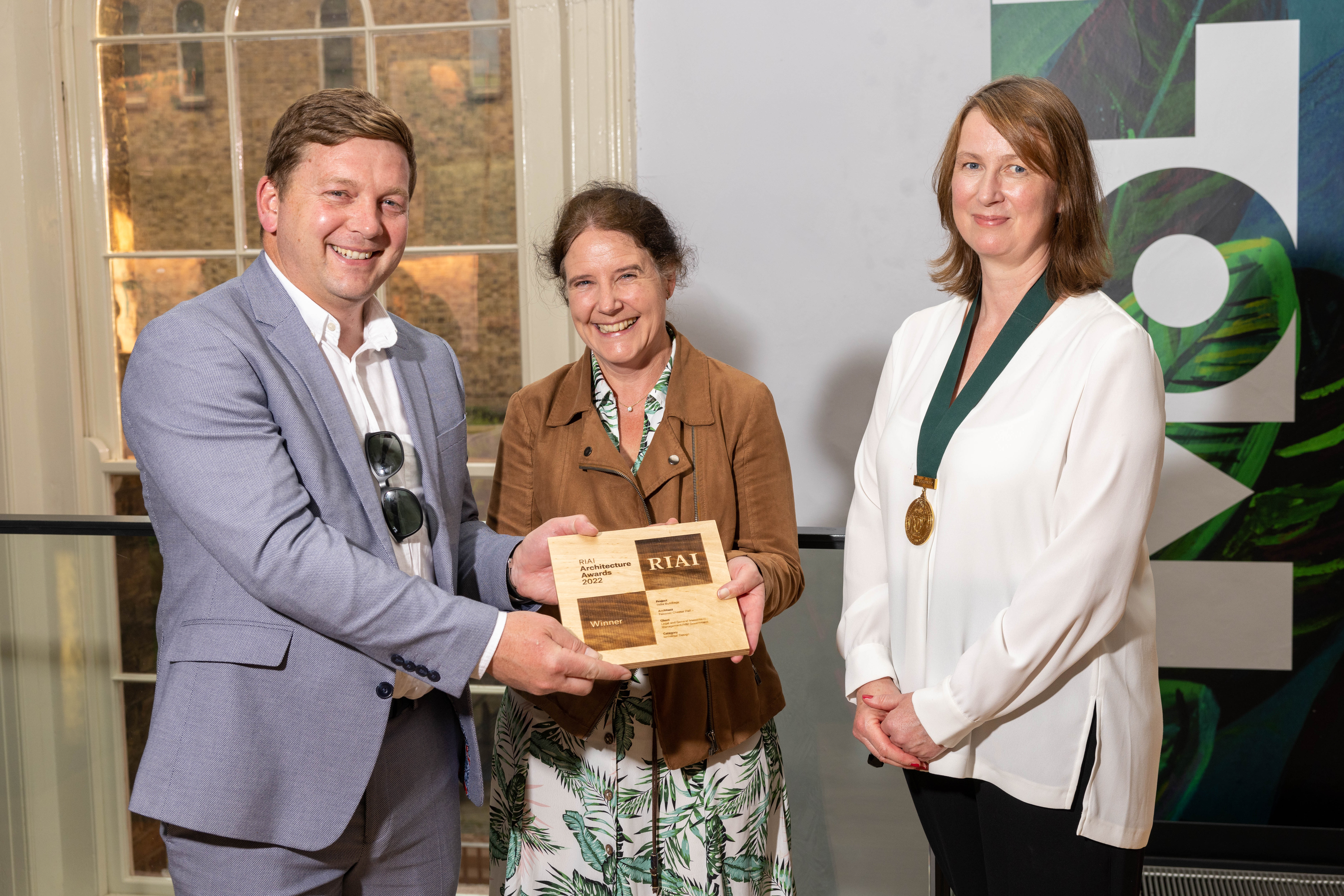 Studio Red Architects were highly commended in the Universal Design category for the House at Chapelizod. 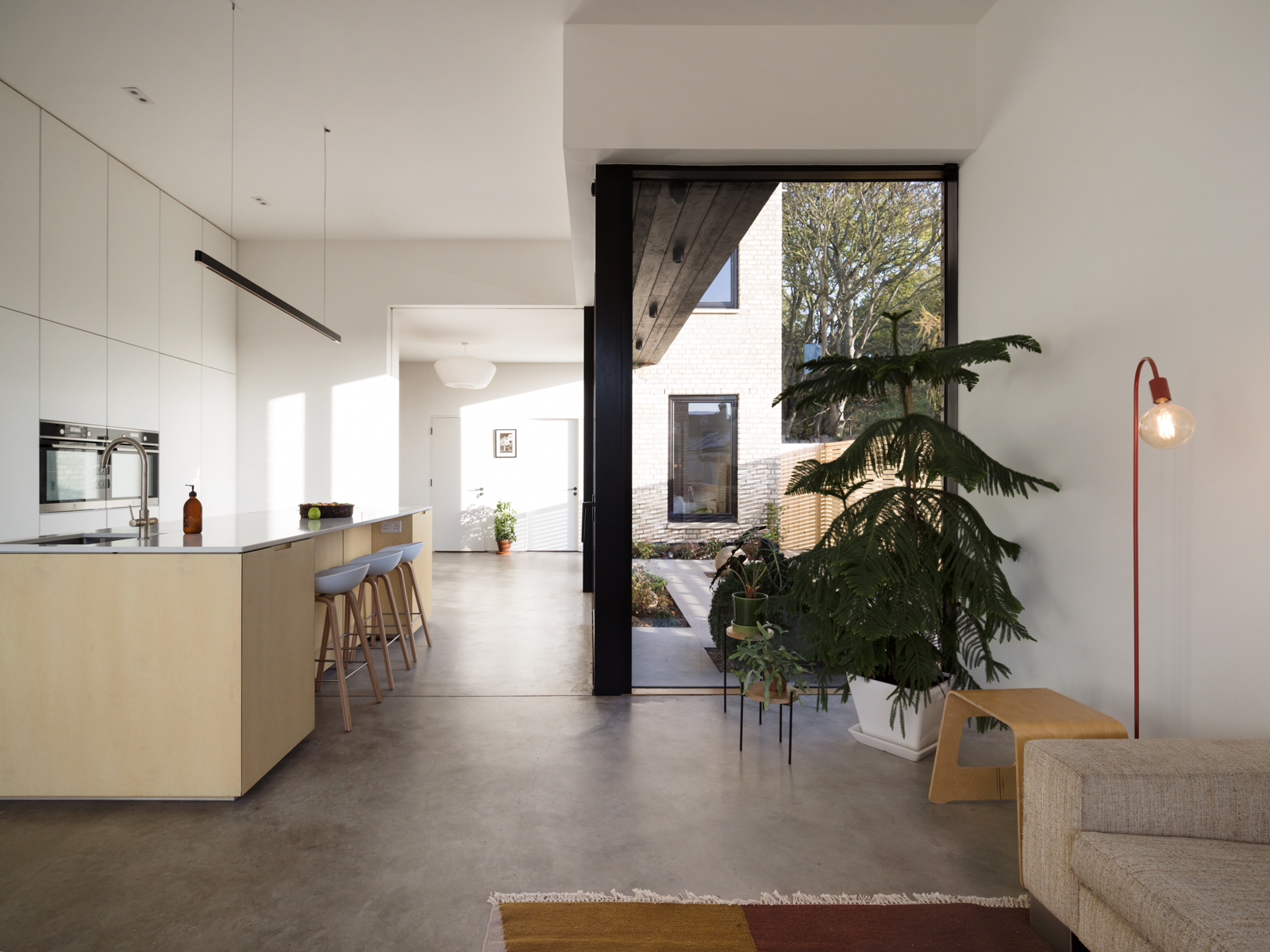 Rodd Bond, architect and chair of the jury for the 2022 Universal Design Award commented:

The high quality and diversity of the building types that were shortlisted this year have challenged the jury to look deeply at the many and innovative ways that the principles and goals of Universal Design have been embedded into the buildings and the places they shape. If good architecture and inclusive environments are about poetic problem solving, then a large part of its success is about how well design problems are posed and understood - so the quality of the brief is vital. In this year’s award and highly commended submissions, the clients’ inclusivity aspirations have animated creative endeavours that have resulted in the development of wonderful buildings that are naturally in tune with their occupants’ varied capabilities, that can sustain un-restrained participation at work and at home, and which create places that can foster their occupants’ health and wellbeing.

The National Rehabilitation Hospital, Winner at the 2020 RIAI Awards

Brickwork – London,Winner at the 2019 RIAI Awards

26 York Street, The Royal College of Surgeons, Highly Commended at the 2018 RIAI Awards

Commended of the Universal Design Award at the 2016 RIAI Awards

Restoration of St. Mel's Cathedral, Longford winner at the 2015 Awards

Residential Extension and Adaptation, Winner at the 2014 RIAI Awards

UCD Student Centre Winner of the Universal Design and Public Choice Awards at the 2013 RIAI Awards, Photo by Donal Murphy, courtesy of Fitzgerald Kavanagh and Partners

Ballybay Community College, Commended of the Universal Design award at the 2013 RIAI awards

As part of its continued support for the award, CEUD invites a national or  international architect to chair the jury for the Universal Design award and present to RIAI members on their work.