Public bodies use written communication to engage with the public in many ways including letters, emails, mail shots, information leaflets, reports, announcements and websites. In the case of each of these, public bodies have specific duties under the Official Languages Act.

The Official Languages Act 2003 sets out the duties of public bodies regarding the provision of services in Irish and the rights of the public to avail of those services.

A few important examples of the duties are as follows:

Further guidance on the Official Languages Act 2003 is available on the website of An Coimisinéir Teanga.

The following guidance should be applied when writing dates: 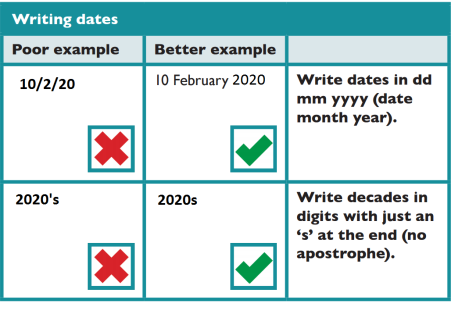 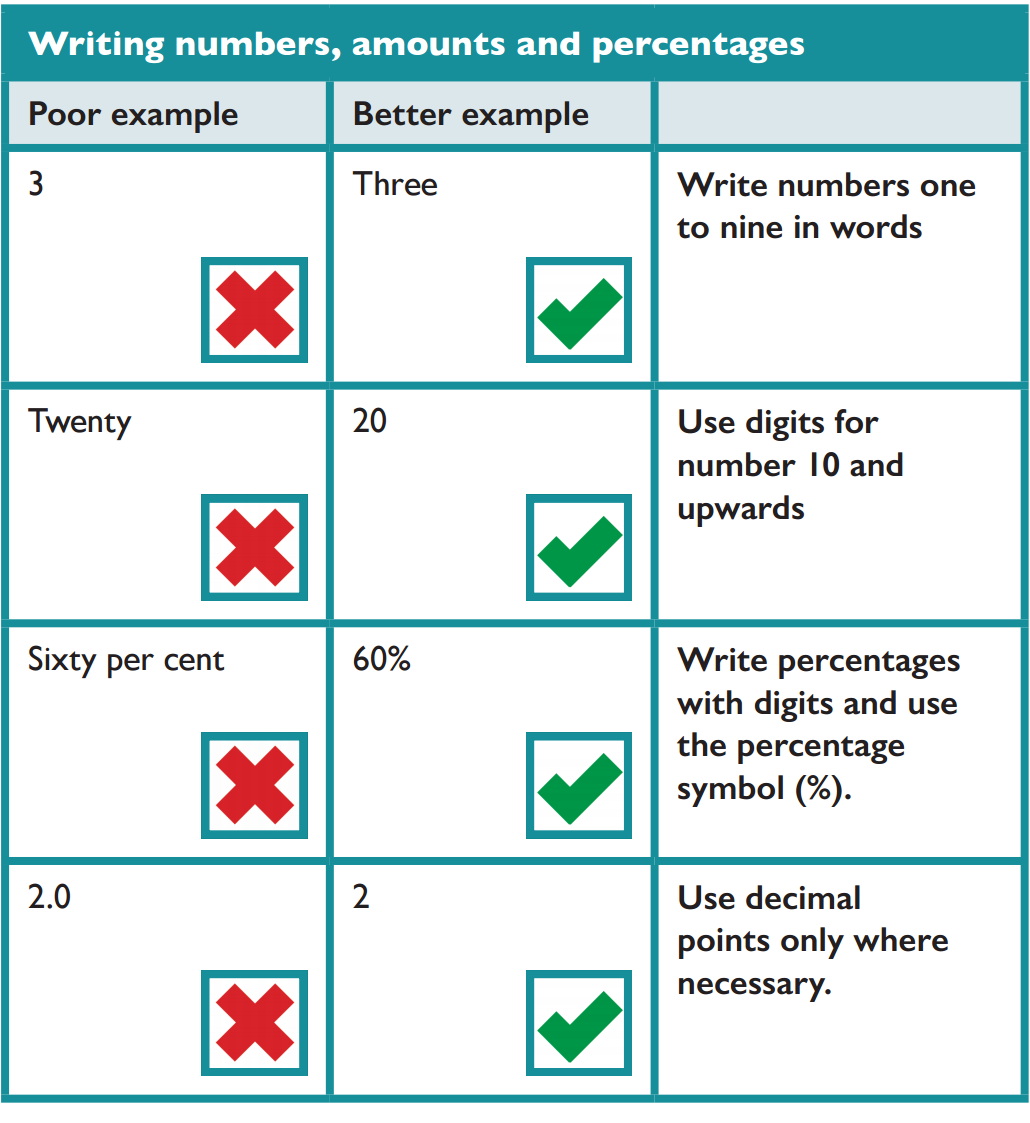 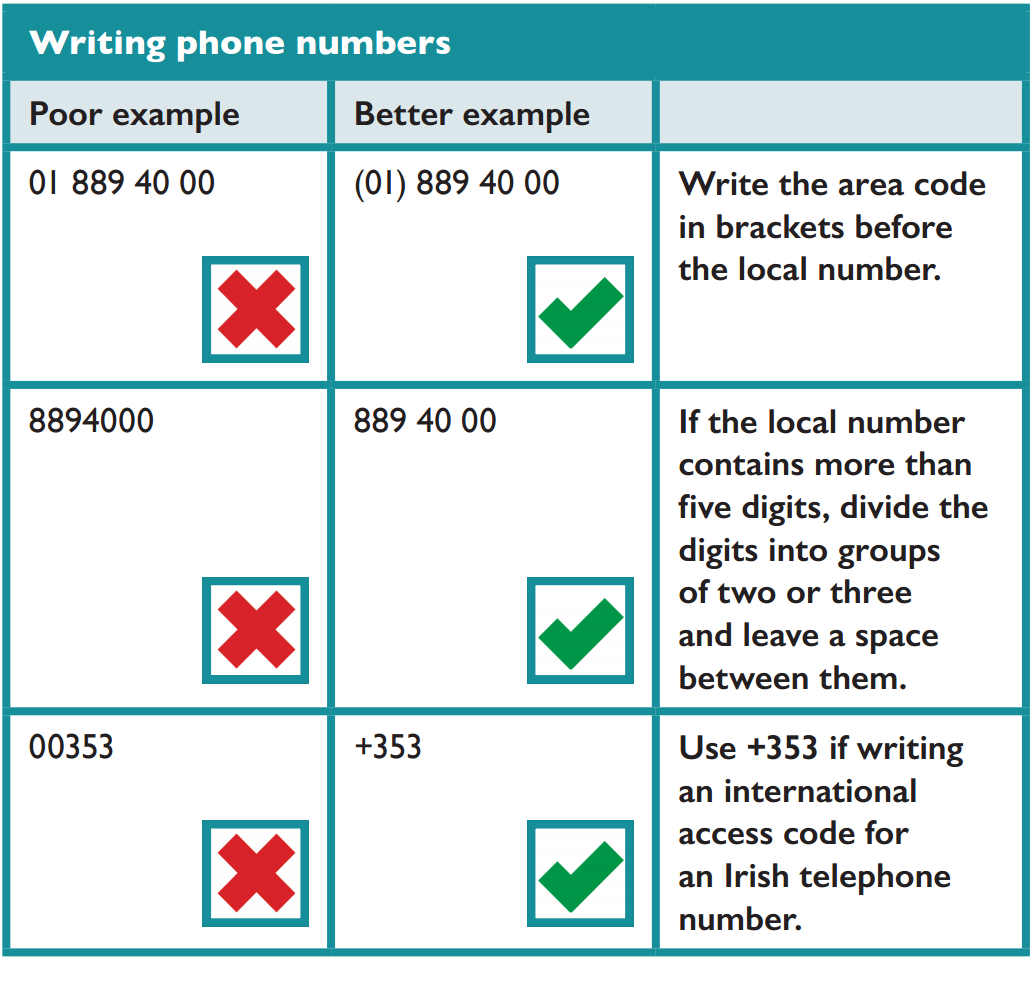 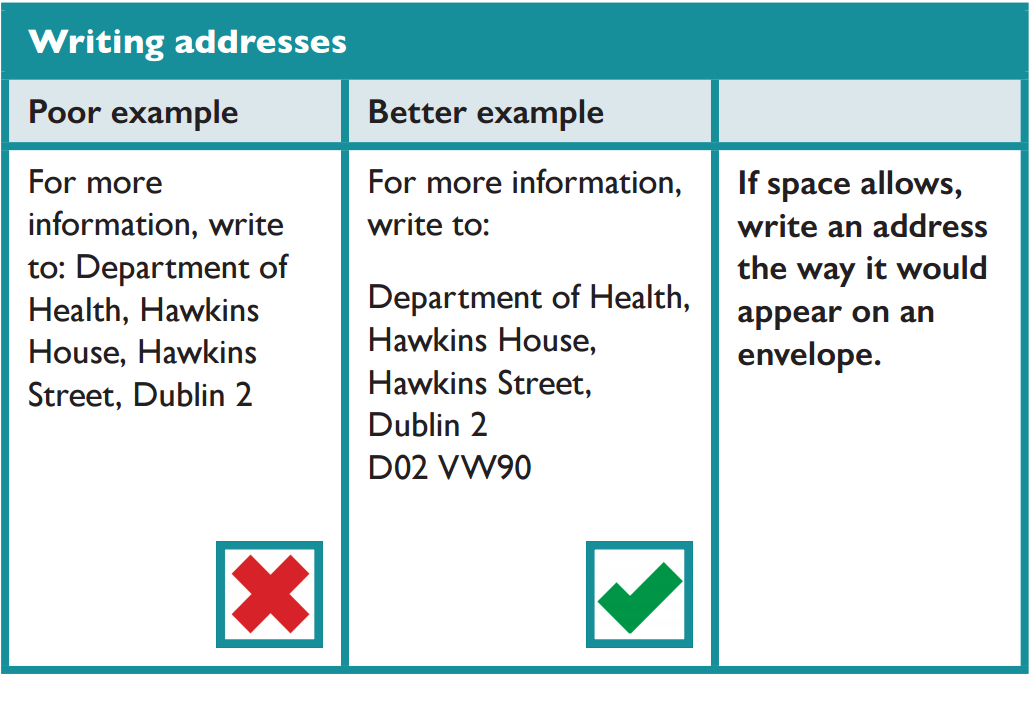